Calling all CCRI, RIC, and URI students on track to graduate in 2020! Learn about real workplace expectations and responsibilities, gain hands-on experience, and network with professionals in your industry this summer. The PrepareRI College Internship Program is now accepting applications. Don’t miss out! https://bit.ly/2JEjiey

Do you have a passion for Marine Trades?

Attend a FREE 3-week hands-on training that prepares participants for entry-level positions in the marine and composites industries throughout Rhode Island.

Candidates who complete the program can be hired into full-time, year round positions at marinas, shipyards, boat building and repair companies.

Participants will receive a stipend of $100 per week and train aboard a tall ship. 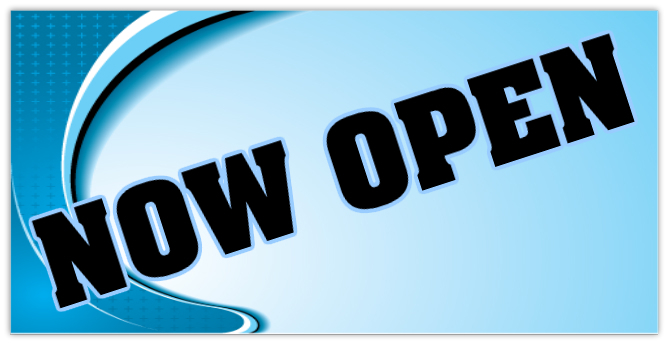 The application for our 2019 PrepareRI Summer Internship Program is now OPEN! All public high school juniors are encouraged to apply for one of 300 available internship spots summer 2019! Get ready to EARN, LEARN & CONNECT! https://bit.ly/2ragAB8

When Emma Campbell began planning how to spend her summer, one thing was clear: To drive to the stables to go riding and get to and from home and her gym, she’d need to buy a lot of gas for her car, and to do that — she’d need a job. After finishing her junior year at Coventry High School, a large public school in Rhode Island, she figured her best shot at summer employment would be at Dunkin’ Donuts, or maybe a local coffee shop. But then she received an email from her guidance counselor about a new summer internship program that connected high schoolers from across the state with paid internships in local businesses, and the idea of pouring coffee all summer was dumped.

Working in an office instead of a restaurant “would probably be a much better experience,” said Campbell, who is 17 and dreams of becoming a scientist. Even so, the prospect of spending the summer working alongside seasoned professionals terrified her.

Luckily, the internship program, called Prepare Rhode Island, was designed to anticipate the nervousness a student like Campbell might experience — as well as the inevitable host of faux pas, communication disconnects and other workplace etiquette snafus that can occur when teenagers enter professional work settings. To help ward off such problems, the program featured an orientation and interview process to carefully match students with local businesses. Next, and perhaps most importantly, the 162 students who made the cut attended a five-day boot camp in which they learned crucial workplace skills such as goal setting, effective communication, teamwork, public speaking, conflict resolution and critical thinking.

WESTERLY — Greg Viveiros wasn’t sure what to do when Toys R Us went out of business in June, putting an end to his three years as an assistant store manager.

The Warwick resident talked with his wife and the couple agreed that he would take the summer to research his options. “I knew I wanted a career, not just a job,” he said in an interview on Thursday.

In time he learned about a process technology class that was due to start in the fall at the Westerly Education Center. He applied, was accepted, and on Friday completed week six of the 10-week program. Process technology refers to functions and skills common in a variety of industries. The 300-hour program covers chemical processing, sampling and measuring; fluid mechanics; computer control and monitoring systems; basic electricity, pump and valve operations and the basics of material engineering.

On Friday an audience of more than 100 gathered at the Friendship Street facility to celebrate the addition of chemistry and biology labs at the center. The labs are used by the process technology students and instructors. The biology lab will allow the center to expand its course offerings to include the Community College of Rhode Island’s Oceanography, Biology in the Modern World and general geology classes that are set to start in January.

Completion of the labs represents a significant milestone for the education center, which has become a national model, said Brenda Dann-Messier, state commissioner for postsecondary education. The center has created “a pipeline of trained Rhode Islanders to meet the workforce needs of employers and provide well-paying full-time jobs for our residents … and better jobs leads to a better economy,” Messier said.

Under the leadership of Thomas M. Sabbagh, dean of business, science, technology and math, CCRI developed the curriculum for the process technology program. Sabbagh is also credited with playing a significant role in the education center success in winning a Real Jobs Partnership grant for the program, which is offered for free to students.

Although the program is a non-credit offering, Sabbagh said the curriculum was subject to the same type of review and input from the college’s faculty and administration that for-credit courses receive.

“This is only the beginning. Having state of the art labs means we can expand into lots of areas,” Sabbagh said.

Charles “Chuck” Royce, the mutual fund founder and community benefactor whose vision and financial generosity gave rise to creation of the education center, said he became convinced of the value of community colleges while serving on the board of Norwalk Community College in Connecticut. “We’d go through the halls and look into the classes and I realized these folks are here because they want to be, not because they have to be…it was life changing for me,” Royce said.

CCRI and the state’s two other higher education institutions have a presence in the education center, which is also used by private colleges and universities, businesses, and the state Department of Labor and Training. Royce credited his lawyer, Thomas J. Liguori Jr., with helping to develop “the idea for flexible space that could be used for many institutions.”

At the age of 40, Viveiros is just about in the middle of the pack. Students in the process technology program range in age from 19 to 68. Viveiros acknowledged having a level of apprehension toward the beginning of the class.

“I was a little worried about going back to school after not going to college and being out of school for about 25 years, but once I got that first week done I kind of eased back into it,” Viveiros said.

The 16 students in the class were recruited by Skills for Rhode Island’s Future, a Providence-based statewide career readiness intermediary. The non-profit organization works with businesses and unemployed or underemployed residents in association with Gov. Gina Raimondo’s Workforce Board. The agency is currently recruiting individuals for the second cohort of the program.

The education center offers one-on-one remedial math assistance for students who need it, as well as counseling for students who might be anxious about returning to a classroom after a long absence from formal education. The counselors also help potential students find day care and transportation.

The math assistance and the counseling are provided by the Tricounty Community Action Agency. In short, the center tries to help with “anything that might be a barrier to being in a classroom for 10 weeks, five days a week,” said Beth Bailey, a spokeswoman for the education center.

Viveiros said he was initially interested in food processing but more recently has started to think about working at a brewery when he completes the course. But he is keeping his options open. “We’re continuing to take field trips and meet with the different businesses,” he said.

As of Thursday, Viveiros and his fellow classmates had constructed mock tests to detect diseases using chromatography, a lab technique for the separation of mixtures; used a process control computer simulator; and learned how to use a  spectrometer, a scientific instrument used to separate and measure spectral components.

The education center and the process technology course were both good choices, Viveiros said: “My wife says she hasn’t seen me this happy in years.”

Like Viveiros, Jennifer Brown said she wanted a career, not just a job, after her position reviewing mortgages at “a larger bank” was outsourced to another country in June. She had previously left the state’s once thriving jewelry industry, thinking banking was more stable, she said.

Brown, who lives in Warwick, learned of the process technology program through a listing on the state Department of Labor and Training website. She was intrigued, she said, by process technology’s application to a span of industries.

“I thought, wow, this one program could reach into all of these different directions? It’s not so finite that I’d be limited to going into the jewelry industry and designing again. I could go anywhere with this,” Brown said.

Amy Grzybowski, executive director of the education center, said that opening the labs was an important step.

“The teaching of science is critically important to America’s prosperity and the ability of our businesses to compete globally,” she said. “Providing courses in the sciences elevates the science, technology, engineering and math skills of our local workforce, and teaching labs are an absolute necessity for effective instruction. Because of the generosity of many, students at Westerly Education Center have modern, fully equipped chemistry and biology labs to learn and practice and prepare for their careers.”

Brown thanked the donors and the education center’s other supporters.

“To walk in here and see a facility so well stocked and to have the educational opportunity … this really is changing my future … I actually leave here at night and think to myself, how is this possible?” Brown said.