Gov. Gina M. Raimondo, along with U.S. Rep. David N. Cicilline, Mayor Jorge O. Elorza, state workforce development officials and business leaders, were on hand for the launch, held at the Bank of America Call Center in the Riverside section of East Providence.

The Greater Providence Chamber of Commerce, along with the state Department of Labor and Training, is collaborating with Skills for RI’s Future.

Raimondo, at the event, thanked employers that already have committed to consider, recruit and hire applicants who have been unemployed longer than six months, including event host Bank of America Corp., CVS Health Corp. and General Dynamics Electric Boat. She also encouraged other employers to join them in making this commitment.

Rhode Island employers have committed to hire 150 long-term unemployed workers through this new sourcing connection, according to a news release about the program from Skills for Rhode Island’s Future.

“The best words I can hear are ‘I got the job!’ – I want every Rhode Islander to be able to say that,” Raimondo said in a statement. “And the best way to make this a reality is to prepare job seekers for work that actually exists. This is the essence of ‘demand-driven’ programs like Real Jobs RI, TechHire RI and P-TECH. Now, with the launch of Skills for Rhode Island’s Future, we will have that missing link to make the direct connection between the workers we are training and the businesses that are hiring. I’m excited to keep the momentum going, and want to thank the congressional delegation for their support in securing funding to bring this initiative to Rhode Island,” Raimondo said in a statement.

Skills for RI’s Future is based after the successful model created by Skills for Chicagoland’s Future, a nationally recognized workforce intermediary that has had success getting the unemployed back to work. Rhode Island marks the first expansion of the initiative outside of Chicago.

The congressional delegation helped obtain a $5.25 million Sector Partnership-National Emergency Grant, of which $1.25 million is funding Skills for RI’s Future.

“Our state’s economy is going to rely on our ability to train workers for the skills employers need in the 21st Century economy,” said Cicilline, who advocated for the $5.25 million federal grant that is funding this initiative.

Said DLT Director Scott Jensen, “We talk a lot about skills pipelines in workforce development but that’s exactly what Skills for Rhode Island’s Future is – it’s a human resources pipeline for employers looking to expand in or come to Rhode Island and a resource for small businesses that may not have a recruiting capacity in house.”

Skills for RI’s Future will work with Rhode Island employers and workforce partners by:

Photos from the Skills for Rhode Island’s Future Launch Event 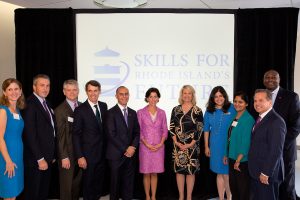 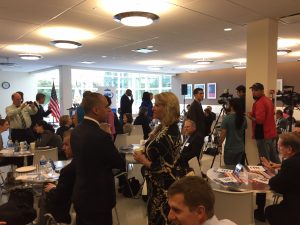 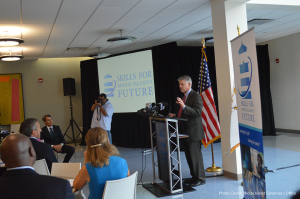 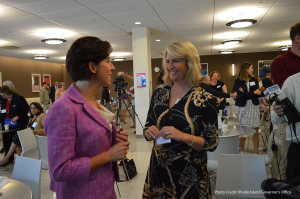 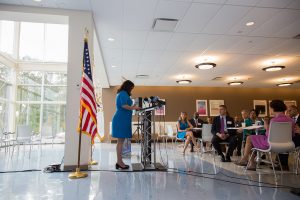 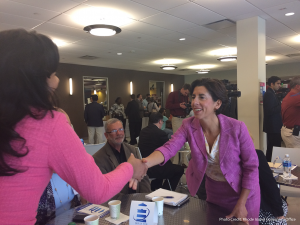 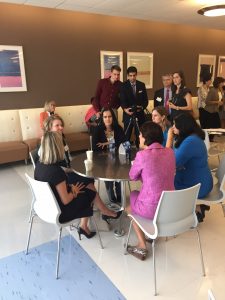 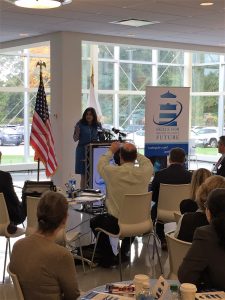