Earlier this year, more than 100 educators and business leaders from Rhode Island and across the country met in Providence to talk about preparing students to succeed after high school and in their career.

During this national convening on career readiness, Ty’Rell Stephens, an 11th grader at Juanita Sanchez High School in Providence, talked about the opportunities he has access to in high school, and how they have increased significantly since his freshman year. Ty’Rell is participating in the community development career pathway at his school and will earn several college credits before he graduates.

Through the PrepareRI initiative, Ty’Rell’s experience is being replicated at schools across Rhode Island, with more students than ever are earning college credits, tackling advanced coursework, and gaining hands-on work experience that will set them on a path to postsecondary success.

Hearing about gatherings like the one in Providence reaffirms for me the importance of involving industry leaders in the design of education. My company, JPMorgan Chase, is working in Rhode Island and nine other states through a $75 million initiative called New Skills for Youth. We developed New Skills for Youth in collaboration with the Council of Chief State School Officers, Advance CTE, and Education Strategy Group. The effort includes a $35 million investment in states to strengthen career readiness approaches, giving students multiple pathways to training and education beyond high school.

Career pathways — which include anything from health sciences to business administration to agriculture — allow students to build real-world skills, explore career opportunities and find a career path that they are passionate about before they begin college.

One of the pathways educators and business leaders have teamed up on is the newly created process technician pathway, which will prepare students to enter an Environmental and Life Sciences program at the post-secondary level and to be job ready as a process technician, a job that earns an average of $24 per hour in Rhode Island. The pathway was created in partnership with higher education officials and leaders from several of the state’s largest biomedical and pharmaceutical employers in response to their industry’s needs. It combines academic requirements such as life sciences, chemistry and math, with safety training, industry credentials, and internships.

At the Providence convening, participants were able to see these kinds of innovative efforts in action on a tour to the Davies Career and Technical High School, which houses the nation’s first in-school mock CVS pharmacy. Davies designed this in partnership with CVS to give students hands-on training by the time they graduate from high school. Many of these students have summer jobs with CVS and plan to continue their pharmacy studies after high school.

Additionally, this summer, the PrepareRI Internship Program will kick off its pilot year by training and placing at least 100 students in paid internships with the state’s top employers in a range of industries. With funding from the Governor’s Workforce Board, and support from our New Skills for Youth initiative, the team in Rhode Island brought in an intermediary, Skills for Rhode Island’s Future, to facilitate the internship program and to help forge stronger connections between education and industry.

Career pathways and internship programs like the ones here in Rhode Island have real-world positive impacts on students. Research and anecdotal evidence show us that investing in career readiness is good for students. In fact, 75 percent of students who complete a career pathway go on to enroll in college. But this work is good for businesses, too; it’s a win-win. Industry leaders know that the jobs they need to fill require skilled workers.

Why not take an active role in training that next generation of employees?

If you’re a business leader in Rhode Island, I challenge you to think about how you can support students like Ty’Rell and the great work already happening in your state’s schools. Whether your investment is with money, advice or time, I urge you to learn more about PrepareRI and contact the team at Skills for Rhode Island’s Future to figure out your first step.

Jennie Sparandara is the executive director of global philanthropy for JPMorgan Chase. 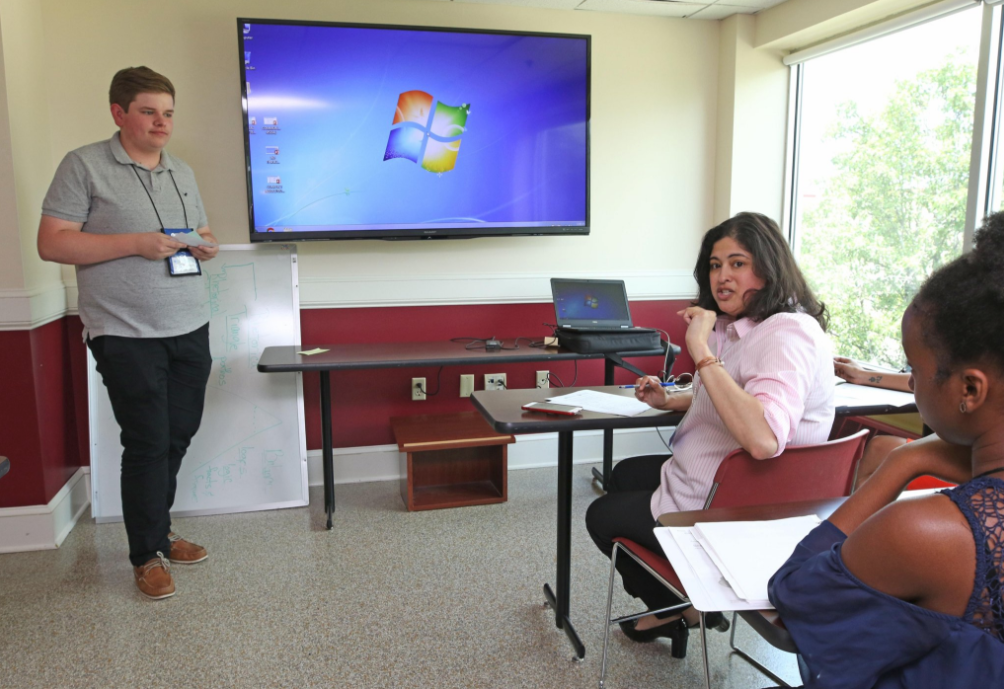 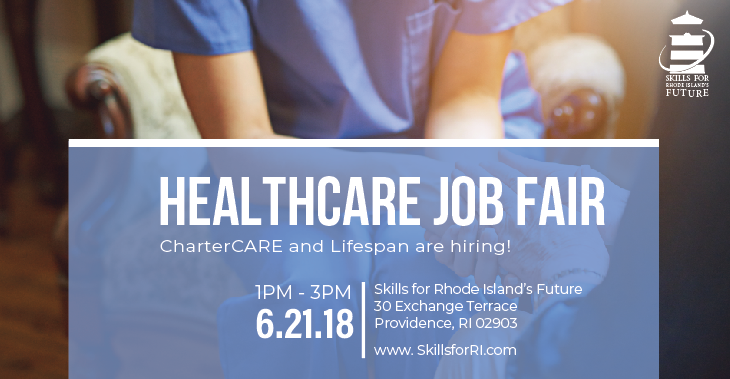 Do you have a passion for enriching the lives of others? Looking to turn it into a career? CharterCARE and Lifespan are hiring for a variety of positions such as Certified Nursing Assistant, Food Service Worker, Access Specialist, Milieu Associate, and more!

Can’t make it? Visit www.skillsforri.com to apply for jobs today! 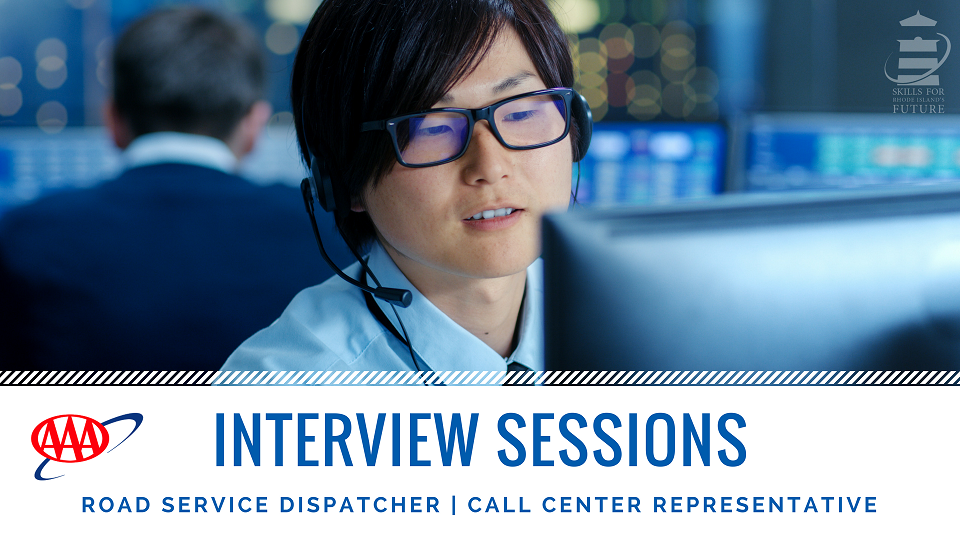 *Can’t make it? Apply to AAA Northeast jobs at www.SkillsForRI.com*
A recruiter will contact qualified applicants to schedule interview sessions. 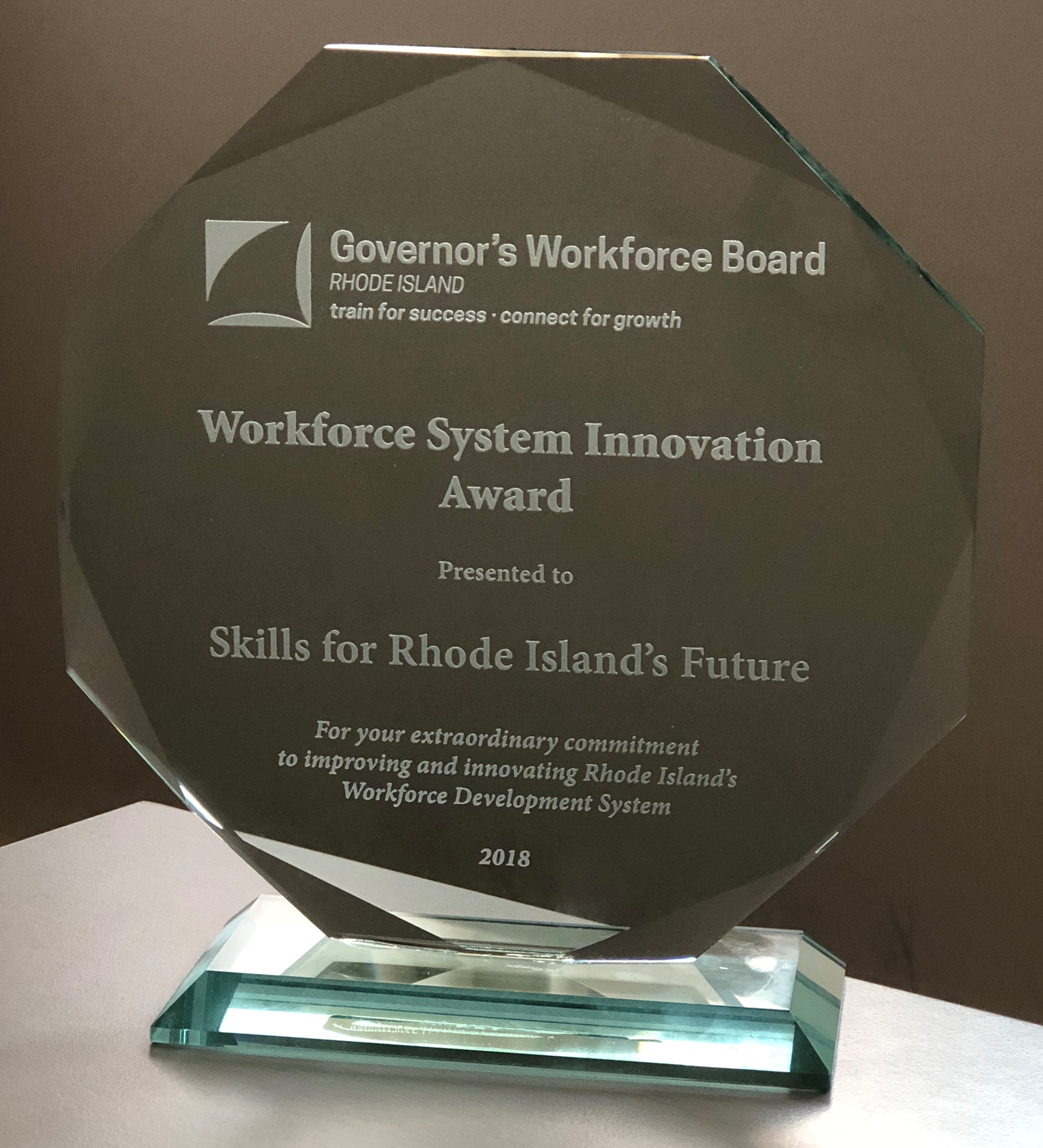